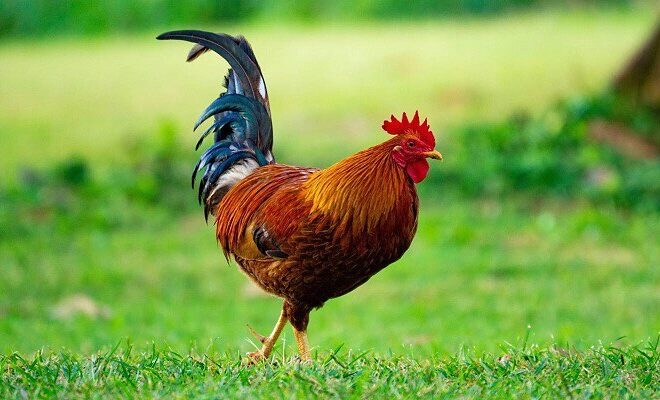 Policeman Kulled by fowl During Raid On Cockfight

police officer in the Philippines has been killed by a rooster while carrying out a raid on outlawed cockfight in the province of Northern Samar.

Christine Bolok was cut on his left thigh by a razor-sharp steel blade attached to the leg of the roosters.

The police lieutenant did not survive the bleeding from his femoral artery and he was declared dead on arrival at the hospital.

Cockfighting, a common sport in the Philippines, was only allowed in licences cockpits on Sundays and holidays and during local fiestas but could only last a maximum of three days, according to The Philippines News Agency (PNA).

The fighting cocks are usually armed with a gaff- a razor sharp steel blade fixed on the birds’ feet.

The game was banned by the government during the coronavirus outbreak.

“I could not believe it when it was first reported to me. This is the first time in my 25 years as a policeman that I lost a man due to a fighting cock’s spur,” police chief Arnel Apud told AFP. He said the accident was “a piece of bad luck that I cannot explain.”

The police chief also sent his “deepest sympathy” to the victim’s family, according to PNA.