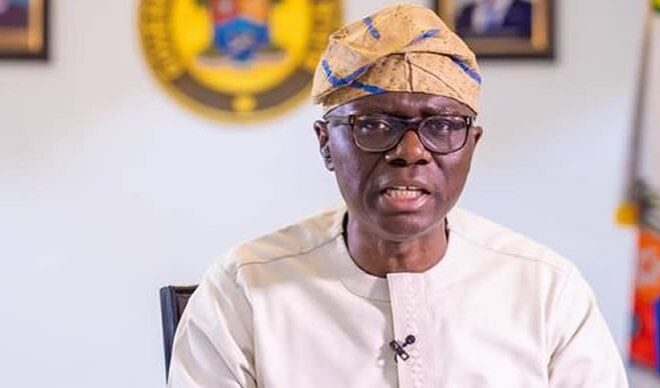 The Governor of Lagos State, Mr Babajide Sanwo-Olu, on Wednesday directed the Lagos State Scholarship Board to award scholarships to the children of policemen lynched during the violence that trailed the #EndSARS protest.

The governor announced that plans were underway to rebuild burnt police stations and replace operational vehicles that were destroyed during the mayhem.

He made the promises during a visit to the command headquarters in Ikeja to boost the morale of men and officers of the command.

A statement said no fewer than 29 divisional police stations and 17 police posts were razed by hoodlums disguised as protesters.

Sanwo-Olu said his visit was to boost the morale of the cops following the demoralising event.

He said the statutory duties of the police could not be wished away because of the actions of a few bad eggs, adding that the impact of the police officers’ absence on the roads was generally felt by residents.

Police officers serving in Lagos, according to Sanwo-Olu, will also get life insurance from the state government.

He also promised to donate two 150Kva generators to the police, adding that the command headquarters would be connected to the state’s Independent Power Project for constant power supply.

lagoslately
← Previous Story Policeman Kulled by fowl During Raid On Cockfight
Next Story → Canada To Welcome 1.2m Immigrants by 2023