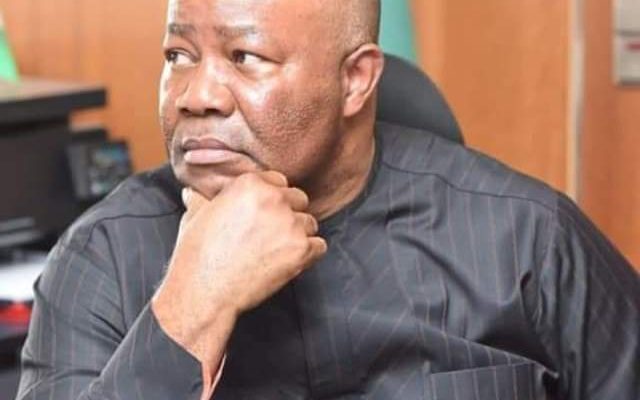 Akpabio Resigns As Minister To Focus On His Presidential Ambition

Minister of Niger Delta Affairs, Senator Godswill Akpabio, has debunked the rumour that he has withdrawn from the presidential race.

President Muhammadu Buhari had on Wednesday ordered all political appointees in his government, who have political ambition to resign on or before May 16, 2022, in order to pursue their aspiration.

Information from Senator Akpabio’s office indicated that he has resigned his appointment as Minister, Niger Delta Affairs Ministry and will soon submit his nomination form at the International Conference Centre, Abuja, in line with his party’s guidelines.

According to a statement by his Chief Press Secretary, Jackson Udom, on Wednesday night, the allegation that he has withdrawn from the race was a “joke carried too far.”

Udom said that the rumour was certainly the handiwork of those who are scared of contesting against his principal, Senator Akpabio.

Udom: “For those behind this lies and falsehood, we advise that they should learn to live with the reality, that Senator Akpabio is fully in the race, not only for the All Progressives Congress (APC) ticket, but to emerge the next democratically elected President of the Federal Republic of Nigeria.”