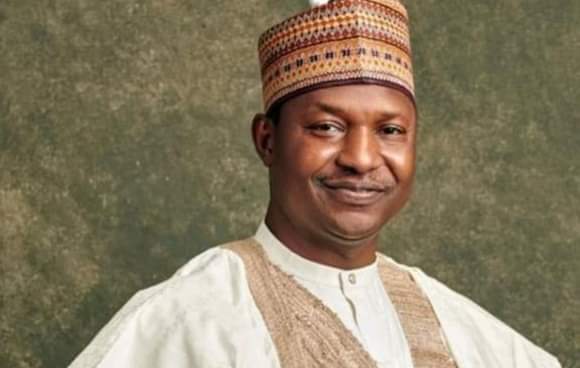 I Have Made 500 People Millionaires In Kebbi State – Malami

Nigeria’s Attorney-General and Minister of Justice, and gubernatorial aspirant, Abubakar Malami, said he has made over 500 people millionaires in his native Kebbi State.

Mr Malami stated this at his Birnin Kebbi, GRA residence while hosting a supporters group on a solidarity visit last week.

The country’s chief law officer announced his intention to run for the governorship position of the state in 2023 under the All Progressives Congress (APC).

He said residents of the state compelled him to run.

Last week, he distributed 30 cars to his political associates and supporters in Kebbi State.

Some of the beneficiaries are executive members of Mr Malami’s foundations.

Days after sharing the car gifts, Mr Malami accused his detractors of spreading falsehoods about him despite the good he has done for people.

“One thing is certain arising from my submission, they are busy over the time destroying the lives of our youth, providing them with drugs.

“We have been busy over time supporting our teeming youth with offers, in terms of offers of employment, we have succeeded in supporting over 700 people across the state who gained employment.

“We have succeeded in supporting over 6000 people who gained COVID-19 intervention of N550,000 each, which accumulated to about N3.2 billion, the minister said

He said “mischief-makers are now ready all over the place both locally and internationally in attacking my person in creating mischief, spreading rumours and indeed spreading lies that are baseless, unfounded.

“To this end, I want to state, I have not, neither my person, nor the foundation which I am associated, neither my friends have shared a single vehicle to any executive officer of APC in the state, much less of the delegates across the state, Mr Malami said.

Mr Malami is expected to face stiff opposition from the factional leaders of the APC in the state in his quest to become the party’s flag bearer.

A former governor of the state Adamu Aleiro is running a parallel secretariat of the party in the state.

Mr Aleiro is supporting the senate majority leader, Hahaya Abdullahi, who also declared his intention to contest the governorship election