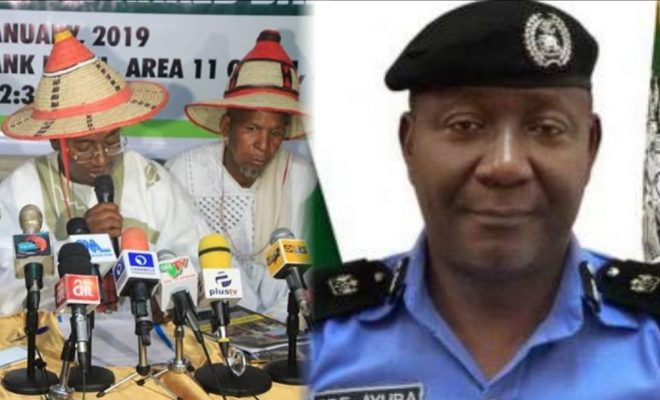 The Chairman of the Miyetti Allah Cattle Breeders Association of Nigeria (MACBAN) in Kogi State, Wakili Damina, has been abducted by unknown gunmen.

The state secretary of MACBAN, Adamu Abubakar, told reporters in Lokoja on Tuesday that Mr Damina was abducted on April 30 by some armed men dressed in army camouflage.

He said witnesses said that the abductors, numbering about eight, came in a white bus at about 12 noon to “forcefully” take away the chairman from his house at Chikara village, Kogi Local Government.

Mr Abubakar said that he was informed of the incident about an hour later by the younger brother of Mr Damina who claimed he witnessed the incident.

The secretary said he immediately called the phone number of the missing chairman, but it rang out.

He said that Mr Damina’s number was switched off when he repeated the call about an hour later.

“Since then, his lines are not reachable and all efforts to know his whereabouts proved abortive,” he said.

Mr Abubakar said that he immediately notified the state Commissioner of Police of the development, adding that the state government was also informed through the Special Adviser on security matters to the governor, Jerry Omodara.

lagoslately
← Previous Story Bandits Are Our Children, Says Governor Umahi
Next Story → I Regret Wasting a Lot of Time Doing Secular Music, The devil Has Been Winning for too Long — Singer Chidinma Ekile