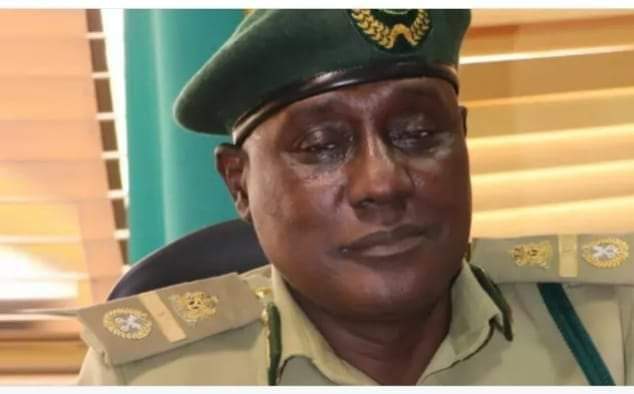 The money had been kept with at least five prison officials, including those manning the commissary, for several months, our sources said.

Inmates held at Kuje Correctional Centre in Abuja are threatening a deadly riot after officials claimed a large chunk of money kept for the prisoners had been carted away by Boko Haram insurgents who breached the facility on Tuesday night, two sources with information have informed Peoples Gazette.

The money had been kept with at least five prison officials, including those manning the commissary, for several months, officials said.

“One prison guard told 13 inmates this afternoon that all the money they kept with him had been stolen,” an official said. “He bluntly told them that the N26 million is no longer in his possession.”

The prison, about 43 kilometres southwest of downtown Abuja, was breached at about 10:00 p.m. by suspected Boko Haram insurgents. While some detainees refused to take advantage of the jailbreak, all prisoners affiliated with Boko Haram escaped, according to defence minister Bashir Magashi.

At least 84 Boko Haram assets were believed held at Kuje prior to the attack, which lasted about three hours without any consequential intervention from security forces. About 600 inmates escaped in total, although officials said some had voluntarily returned. Actual roll-call statistics remained unclear as of Wednesday evening, nearly 24 hours after the attack.

President Muhammadu Buhari visited the facility for a few minutes on his way to the airport on a foreign trip to Senegal Wednesday afternoon, inspecting the damage while assuring correctional managers of support.

As the president departed the scene, prisoners began shouting that they’d lost money during the raid, while some threatened violence should officials fail to return their cash.

“Yes, that is the problem we’re confronting now,” an official said when asked for corroboration Wednesday evening. “Some people lost money in naira while some lost in dollars.”

The official said the money belong to wealthy individuals inside the prison.

“It’s those big men that are more enraged because they kept millions with the warders,” the official said. “About N82 million was declared missing and four people are looking for $36,000.”

“We don’t know what the prison management will do about the matter because the money was not kept with the warders officially,” our source added. The officials spoke under anonymity because they did not receive permission to comment on internal prison disputes.

A corrections spokesman did not return a request seeking comments about the missing cash and threats of violence thereof.

In a recent letter protesting his protracted incarceration before a federal judge, Mr Kyari said he was funding a lot of activities at Kuje prisons, including monthly cable TV subscriptions.