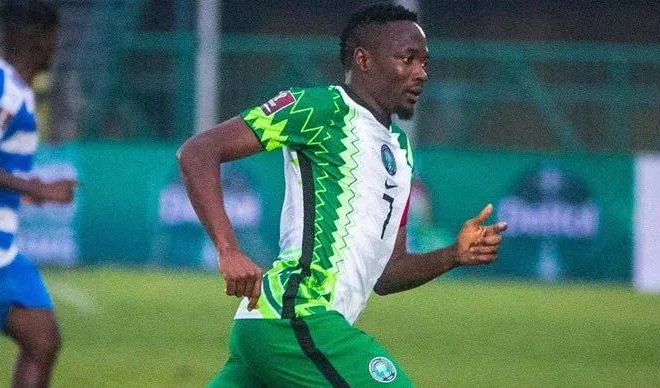 The Federation said FIFA was right in its counting, in a statement titled, ‘NFF defers to FIFA on Ahmed Musa’s record’.

While NFF earlier said Musa had made 100 appearances for the Eagles, FIFA said he had 98 caps for the national team after featuring in Nigeria vs Cape Verde 2022 World Cup qualifier.

NFF in a statement on Wednesday said it deferred to FIFA’s record of 98 caps for Super Eagles’ captain Ahmed Musa, after the nullification of two of the matches he played.

“We defer to FIFA in this regard, so Ahmed Musa has 98 caps. If he features, as expected, in the home-and-away matches against Central African Republic in October, he will clock the tally of 100 and the celebrations will follow in full flow,” NFF’s Director of Communications, Ademola Olajire, said on Wednesday.

FIFA said on Tuesday that Musa’s appearances in the 3-0 defeat of Togo in a friendly match in Paris in June 2017 and the FIFA World Cup Russia 2018 qualifier against Algeria in Constantine in November 2017 did not count.

The match against Togo was struck off as both Nigeria and Togo made more than the regular number of changes in the game, while the encounter in Constantine, which ended 1-1, was deleted because Nigeria fielded an ineligible player and the result was overturned, with Algeria awarded the game, even as Nigeria had already picked the World Cup ticket before the tie.

lagoslately
← Previous Story Leaked Audio: I Am No Longer Afraid Of Anyone, Benin Should Return Me To Nigeria – Sunday Igboho
Next Story → UAE Designates Six Nigerians As Global Financiers Of Terrorism