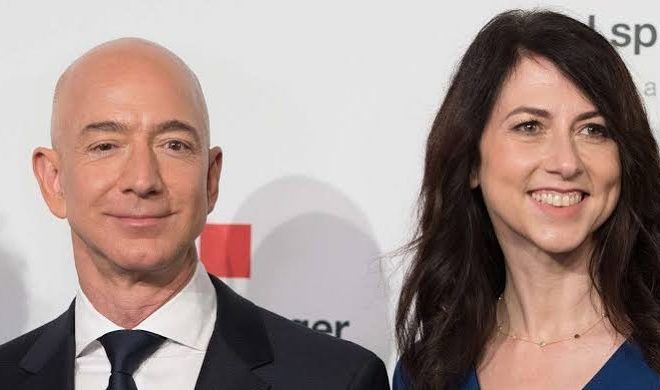 Mackenzie Scott, the ex-wife of a former world’s richest man, Jeff Bezos, has found love again in the arms of a teacher at her children’s school.

Scott, 50, has now married Dan Jewett, a science teacher at the private Seattle Lakeside School where the children she shares with Bezos attend.

The couple made their marriage public and spoke about their philanthropic plans in a post on the Giving Pledge.

The latter is a site where billionaires and millionaires vow to dedicate a majority of their wealth to charitable causes.

Jewett indicated he plans to follow her lead by giving away the majority of his wealth. The marriage comes after Scott and Bezos divorced after a 25-year-long marriage.

Bezos and Scott divorced in 2019 after the Amazon founder disclosed he was having an affair with former TV anchor, Lauren Sánchez.

Scott walked away the biggest settlement ever awarded in a marital split: $38 billion in Amazon stocks. Bezos was displaced as the world’s richest person by Elon Musk in January 2021.

According to Bloomberg, Bezos would still have retained his position had it not been for his divorce, which saw him cede about a quarter of his Amazon stake to his ex-wife, MacKenzie Scott.

The divorce settlement made her so wealthy.

lagoslately
← Previous Story HIV Positive Woman Raped At Gunpoint By Taxi Driver And Conductor In South Africa
Next Story → Bandits Tricked Us with Fake repentance to get Money for Weapons- Gov. Bello