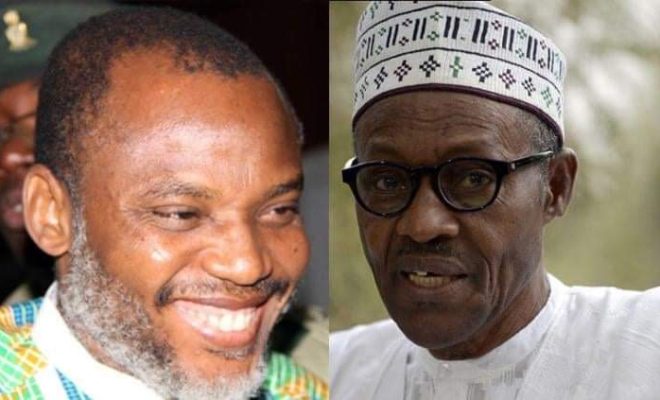 The proscribed Indigenous People of Biafra (IPOB) has listed two conditions that must be met before it can enter into negotiations or deliberations with the government.

The group on Thursday through its spokesperson, Emma Powerful demanded the unconditional release of its leader, Nnamdi Kanu, and also want a date set for the referendum on Biafra to take place.

Powerful said once these two conditions are in place, discussions can now follow.

The IPOB spokesperson argued that Kanu has done nothing wrong, adding that some people are openly relating with known bandits and roaming the streets freely while the government is harassing Kanu for asking for what is within his constitutional rights.