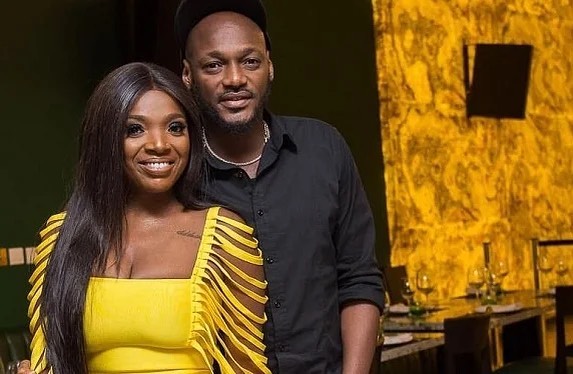 Annie Idibia, the Nollywood actress, has revealed she was not dating 2Baba when he had his other children.

She was reacting to an Instagram user who advised her to divorce the musician on Tuesday.

The film star tied the knot with the Afropop singer in May 2012. They both have two children — Olivia and Isabella Idibia.

But 2Baba had previously been in a relationship with two other women named Sumbo Ajala-Adeoye and Pero Adeniyi.

Offering her two cents on Annie’s marriage, the Instagram user had advised the actress to divorce 2Baba so that she can “start healing.”

“I think you need to divorce this man and start healing. He did you dirty and you will never heal while you are with him because the products of his mistakes (kids) are always there to remind you every day that he slept with other people. It’s not even one child, he did you dirty 4 times,” the user wrote.

In her now-deleted response, Annie said although she met 2Baba first, the pair broke up after a while.

The actress added that it was during the period that he had his other kids.

The mother of two also accused organisers of ‘Young, Famous & African’, Netflix’s first reality show, of pushing the narrative that 2Baba had his other kids when they were married.

“4 times…. Wasn’t even dating him all 4 times!!! Yes….met him first! But we broke up even before his first kid!! Those kids were made 7 years before he even proposed! But d show didn’t edit it that way for people to understand….,” she wrote in a mixture of English and Pidgin.

“They made it seem like all 4 kids were made in the marriage which was wrong!! Then again… everyone must free to have their opinions! I live my truth! No film tricks ever with me!

lagoslately
← Previous Story Civil Servant Suspended For Spreading Akeredolu’s Death Rumour
Next Story → A$AP Rocky has been arrested at LAX upon returning from Barbados for allegedly shooting someone “3 or 4 times” back in November.