A 25-year-old pickpocket arrested by the Lagos State Special Anti-Robbery Squad (SARS) has revealed that he sacrifices a cock every three days for the rings he uses in picking people’s pockets to be potent.
According to Francis Monday, the ring he got from an Islamic cleric helps him steal properties of his victims without them knowing. He also told newsmen that he can detect if someone is with money because the ring has been fortified to remove money from people’s pocket. .
.
.

He said; “An Alfa (an Islamic cleric) gave the rings to me. When we met at Alaba Rago market in early November, where I went to smoke Indian hemp, the Islamic cleric also came to smoke Indian hemp. While we were discussing, he told me that I looked like a street boy. He said rather than subjecting myself to so much suffering, that he could help me get rich, by giving me something that would better my life without stress. .
.
. “Initially I thought it was money ritual, surprisingly he brought out two rings and asked me to meet him at a secluded place. When we eventually met, he brought two cocks, alligator pepper and other ingredients. He then killed the cocks and poured the blood on the rings and mixed part of the blood with other ingredients. He said some incantations and poured the mixed concoction on the rings. As he was doing that, he kept mentioning my name on the rings. .
.
.
“At the end of the sacrifice, he gave me the two rings and charged me N50,000 for his services. But I told him I did not have such amount of money with me and I promised to pay him more than that when the rings would start fetching money for me. He agreed and left.” On the whereabouts of the Islamic cleric that gave him the ring, Francis said he is yet to see the Islamic cleric who told him he will collect the money for the ring ritual after he returns from a trip to his hometown in Togo. 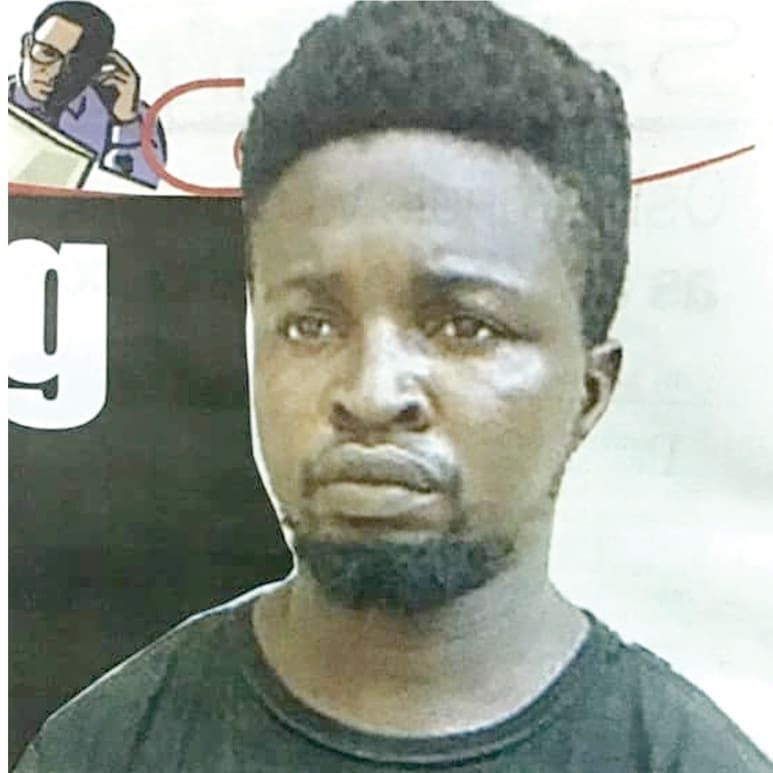 lagoslately
← Previous Story Bobbi Kristina Brown’s ‘controlling‘ ex-fiancé #NickGordon dies on New Year’s day of ‘drug O
Next Story → Kwara govt only recovered what belongs to It, There Is No Living Quaters On The Land — Ajadi Committee