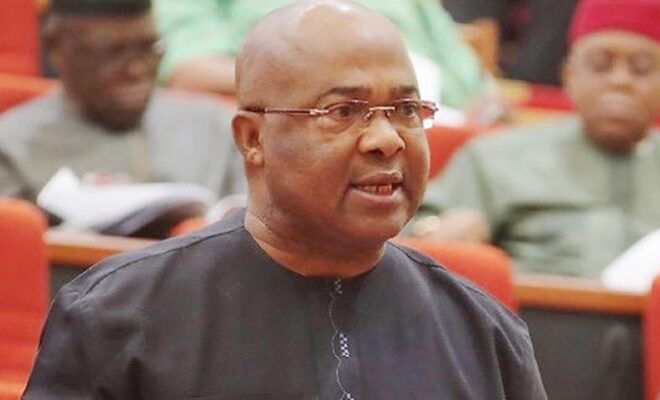 THE Governor of Imo State, Hope Uzodimma, has said that he inherited systematic corruption from the sacked governor of the state, Emeka Ihedioha.

The governor, who spoke at the ceremony marking Nigeria’s 60th independence anniversary in Owerri, the state capital, said he equally inherited payroll fraud from Ihedioha.

However, Uzodimma pointed out that despite the challenges, he had made tremendous headways since he became the state’s helmsman in January.

The governor said, “Coming into office barely nine months ago, we encountered a microcosm of systemic corruption and disruption in the public sector. We met monumental payroll fraud in the system; we met a disoriented and disarticulated civil service and a very sorry state of infrastructural provisions.

“Corrosive corruption in all facets of society makes governance more herculean. A horrendous civil war and serial military rule in the short span of 60 years has not helped matters either.”