Nine lawmakers of the Imo state House of Assembly, have defected to the All Progressives Congress, APC, just as the Deputy Speaker of the House, Okey Onyekanma, resigned his position.

Vanguard in Owerri, was at the House of Assembly to capture the defection drama, as more lawmakers are said to have prepared to move to APC, soonest.

The defection started around 3:30 pm when the Speaker of the House, read the letters of the decampees at the floor of the House.

Apart from the announcement of the defectors, the Speaker announced the screening of the Attorney General of Imo State, Cyprain Akaolisa, as appointed by the governor, Hope Uzodinma. 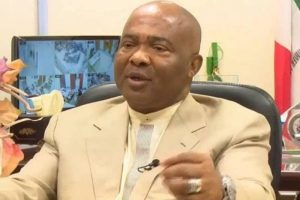 lagoslatelyadmin
← Previous Story Kwara govt only recovered what belongs to It, There Is No Living Quaters On The Land — Ajadi Committee
Next Story → Oshiomole Must Accept His Mistakes and Support Obaseki’s Second Term Bid