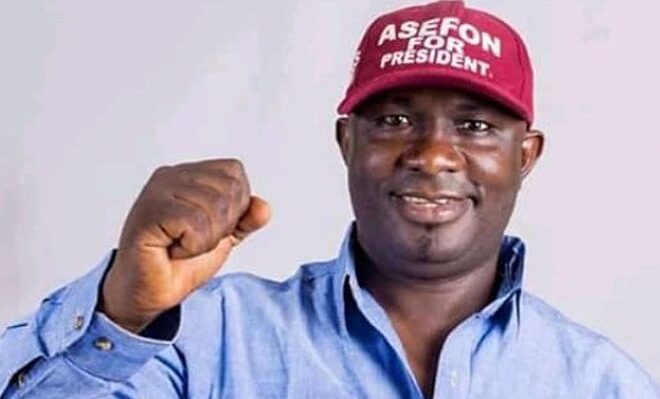 ASUU strike: We Will Shut Down All Private Varsities – NANS resident

The new President of the National Association of Nigerian Students, Sunday Asefon, has vowed to shut down all private universities in the country should the nine-month strike embarked on by members of the Academic Staff Union of Universities continue.

The NANS president said this while speaking on a PUNCH Online interview programme, The Roundtable.

He lamented that the ongoing strike is the longest industrial action embarked on by the university lecturers.

According to him, NANS would engage the Federal Government representatives and ASUU leaders to find a lasting solution to resolve the stalemate in negotiations between the two arms.

The NANS president said after consultation with the two parties and should the strike not be called off as soon as possible, NANS would move in and shut down all tertiary institutions in the country.

“We have three Cs, we have embarked on the first C which is ‘Consultation’ and we are going to ‘Consolidate’ on our ‘Consultation’. We will get to a stage before the end of this year when we will get the two of them seated on a roundtable. We will force the two parties to make a decision because they are toying with the lives of Nigerian students.

“If they fail to resolve the issue, we are going to embark on the third C which is ‘Confrontation’. We are going to shut down all private universities in this country. And after that, we are going to engage in mass action. Because the majority of the children of ASUU (members) and the rich are in private schools and they are not affected. That is why they are toying with the lives of the common Nigerian students,” NANS president stated.

In the audio, a terrorist leader, believed to be Abubakar Shekau, added that the government was not teaching the pupils what Allah and his Holy Prophet commanded.
“What happened in Katsina was done to promote Islam and discourage un-Islamic practices as Western education is not the type of education permitted by Allah and his Holy Prophet,” he said.
“They are also not teaching what Allah and his Holy Prophet commanded. They are rather destroying Islam. It may be subtle, but Allah, the Lord of the skies and earth, knows whatever is hidden. May Allah promote Islam. May we die as Muslims. In a nutshell, we are behind what happened in Katsina,” the leader said, according to a report by Daily Trust.