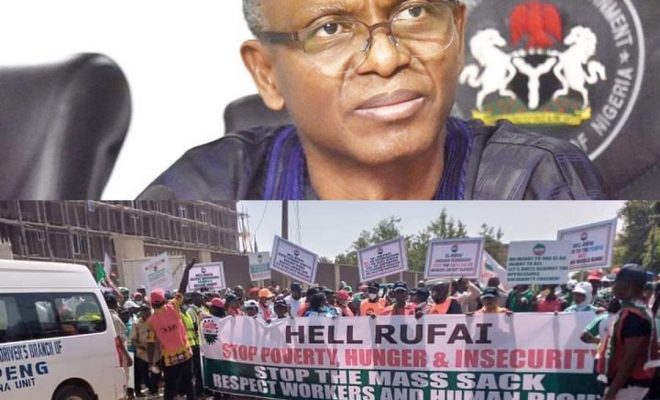 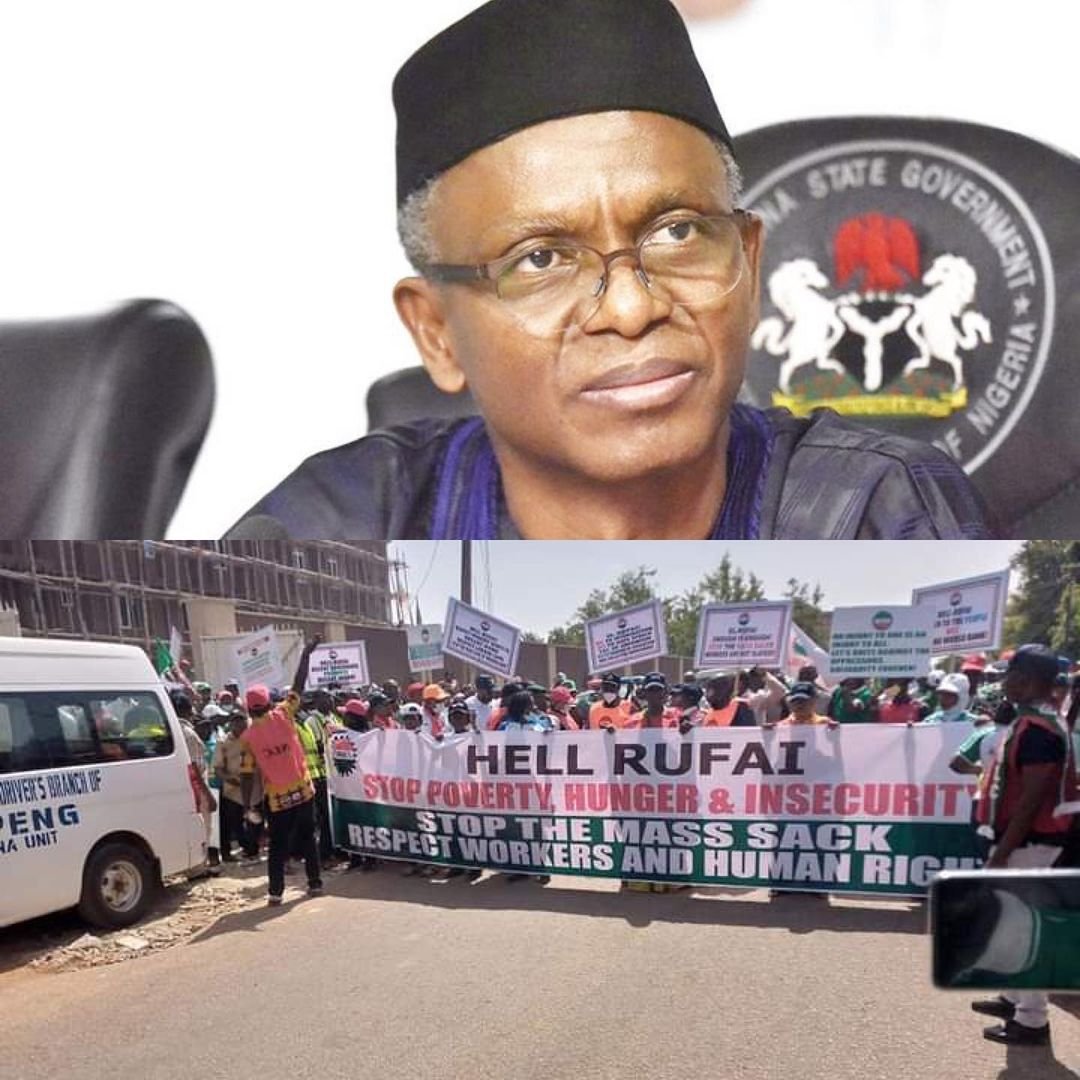 The Kaduna State Governor, Nasir El-Rufai, has insisted that protests and strike action embarked upon by workers in the state will not alter plans to sack some of them.

The governor said this barely 24 hours after workers in the state commenced a warning strike over alleged mass sackings in the state.

In his verified Facebook page, the governor posted, “Kaduna State Government affirms that the conditions that compel it to rightsize are not altered by the NLC’s campaign of economic and social sabotage.

The PUNCH had reported that Labour unions began a five-day warning strike in Kaduna State on Monday.

NLC National President, Comrade Ayuba Wabba, said at the flag-off of the action that it would run its full course unless the state government attended to the workers grievances.

He said the national leadership of the NLC had been informed that the grievances included the sacking of 7,000 workers from local governments in the state.

We are also aware that in the Primary Health Care Development Agency, 1,700 workers were sacked.

“All these are happening in the face of exorbitant increment in tuition fees , high cost of living and other uncalled for actions in ministries and agencies in the state,’’ he said.

Fuel stations, hospitals, banks, the railway, and airport, among others have been closed because we must take our destiny in our hands if the situation in Kaduna State and in Nigeria at large cannot change.

“We cannot accept the bitter pills; we are here in Kaduna today because the labour law in Nigeria says before you can declare redundancy, labour shall be consulted and we were never consulted.

`The governor said he has consulted the National Union of Local Government Employees, but the union is here with us; we want to tell the world that a lot of information from the government is false.

“We have the right to protect peacefully without being intimidated or harassed.