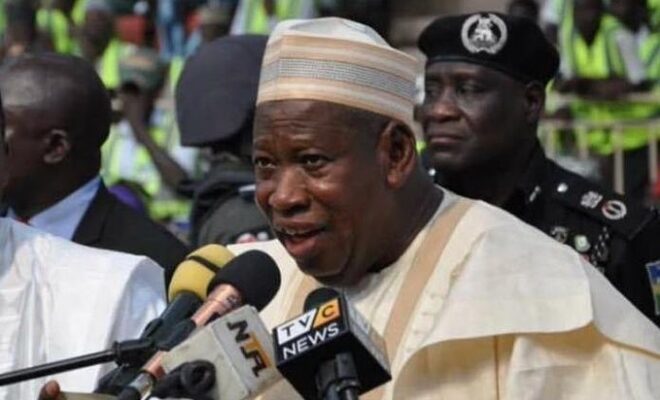 Gov. Abdullahi Ganduje of Kano State has urged the state’s Public Complaint and Anti Corruption Commission not to compromise in the fight against corruption no matter who is involved.
Mr Ganduje said this while on a visit to the commission’s office in Kano on Saturday.

According to him, the Federal Government cannot fight corruption alone, hence the replication of the anti-graft agency at the state and local government levels.

He said: “Whosoever falls into the commission’s trap should face the consequence. I will have nothing to do with it. I will not interfere with any case whosoever might be involved.
“With the way corruption is fighting back and the fight against corruption being an agenda of President Muhammad Buhari, the federal government cannot fight it alone.
“It needs domestication in the states and the local governments to succeed,” the governor said.