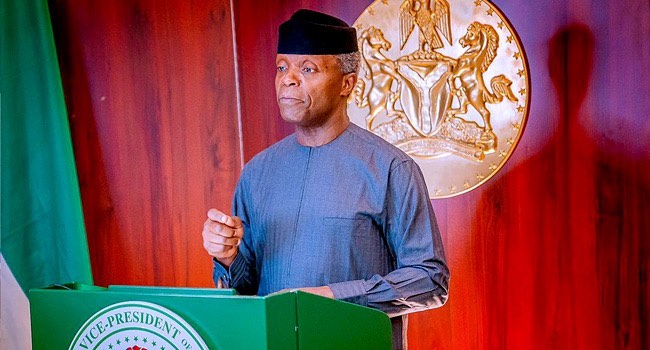 —
God Has A Promise For Nigeria – VP Osinbajo

Vice President Yemi Osinbajo on Sunday said “there is a promise of God” for Nigeria and that the country will become “an oasis of peace, security and prosperity such as has never been seen before on this continent and beyond.”

He made the comment while speaking at the 108th annual convention of the Nigerian Baptist Convention in Ogun State.

Prof. Osinbajo added that Nigeria “will be the epicentre of the astounding economic and scientific developments of the 21st Century,” according to a statement signed by his spokesman Laolu Akande.

However, he noted that “today the clouds are overcast, the promise seems impossible, as it was with the children of Israel after leaving Egypt on the way to the promised land…”

Continuing the VP declared that “the journey to the promise of God for Nigeria is going through storms and adversity, but the end will be better than the beginning; weeping may endure for the night but joy comes in the morning.

“I am completely convinced that nobody, no group, no ideology, can defeat the promise of God for the greatness of Nigeria. I see it clearly; I know it like my own face.”
Full statement available on 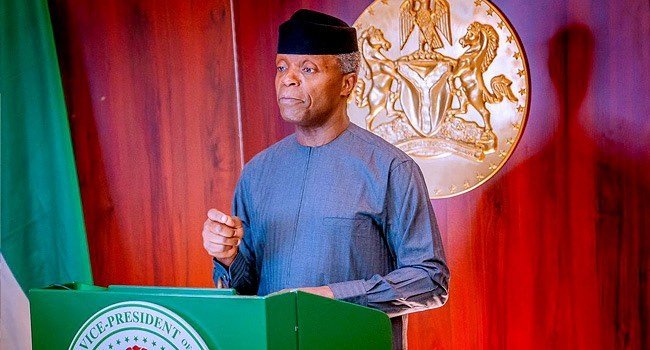