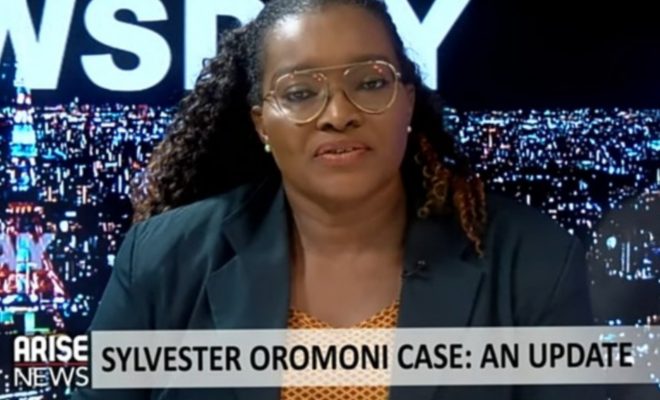 Dr Chikodili Nwigwe, a consultant pathologist at Military Hospital, Yaba Lagos, in an interview with Arise TV speaks about Sylvester Oromoni’s autopsy results. She was among the 8 doctors that witnessed the autopsy at LASUTH.

She said: ‘Yes, due process was followed. All the necessary protocols, methods, laboratory tests, radiological testing, were performed. We had about 8 pathologists there.at the Lagos State University hospital morgue where the second Autopsy was carried out. The autopsy was recorded from start to finish. Photographs were taken, not by one by many. So whatever you have documented can be corroborated with video and picture evidence..

lagoslately
← Previous Story No Student Was Turned To Yams By Ritualist In Ibadan – Oyo Govt
Next Story → Tinubu’s Money Will Be Collected, APC Will Give Ticket To Osinbajo – Ex Niger Gov, Babangida