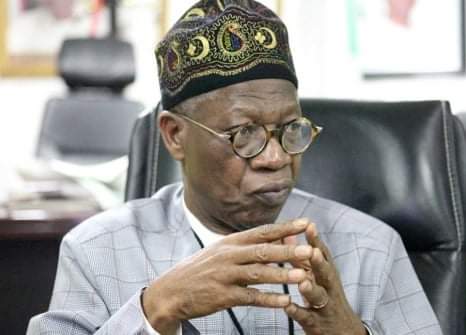 Minister of Information and Culture, Lai Mohammed says it is unfair to criticise the Zamfara State Governor, Bello Matawalle, for granting amnesty to bandits who once terrorised the North-West state.
The minister, who spoke on AIT’s ‘Kakaaki’ show also said the Federal Government won’t stop governors from addressing the security challenges in ways peculiar to their respective states.
According to Mohammed, the nature of the problem differs from state to state and the governors as chief security officers of their various states were in the best position to deploy the best solutions to tackle the issues.
The Zamfara State governor granted amnesty to Auwalun Daudawa, a notorious bandit who led scores of his gang members to abduct over 300 schoolboys from Government Science Secondary School, Kankara, last year.
The amnesty programme which involves deradicalisation of criminals and their reintegration into the society has been embraced by the Federal Government and some state governments.
For instance, the Federal Government granted amnesty to 600 repentant Boko Haram terrorists last year, a development that attracted nationwide outrage with civil society organisations censuring the government for pampering ruthless and bloodthirsty marauders who were supposed to be punished after committing unprintable crimes in Nigeria’s North-East States, especially in Borno, Yobe and Adamawa.
Kaduna State Governor, Nasir El-Rufai, also of late, faulted the proposition of renowned Islamic Scholar, Sheikh Abubakar Mahmoud Gumi, who after meeting with some bandits in Zamfara, asked the government to grant them amnesty like was done for militants in the Niger Delta region.
But speaking on Wednesday, the minister said there was nothing wrong with granting amnesty to criminals if the purpose was to restore desired peace in affected areas.
Mohammed said, “When you are fighting insurgency, you use both kinetic and non-kinetic (means). Granting amnesty to notorious drug barons, notorious militants is not a new thing, it is not unique to Nigeria.