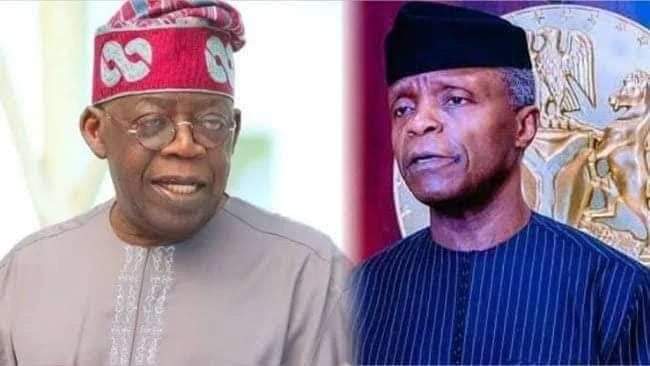 Bola Tinubu, 12 Others Cleared to Contest Presidential Primaries By APC

Chief Oyegun announced earlier today that 13 of the aspirants has been cleared with the indication that 10 were not cleared.
It was gathered that Tinubu, Vice President Yemi Osinbajo, Dr. Kayode Fayemi, Dr. Ahmed Lawan, Yahaya Bello, Godswill Akpabio among others were cleared to contest the primary election.

A source close to the panel said nobody was disqualified in the real sense of the word because only 13 of the 23 aspirants appeared before the screening panel adding that the 10 aspirants that didn’t appear before the panel were not presented to the party.

Nobody was disqualified. Only 13 aspirants appeared before the Oyegun panel. All the 13 of them were considered able and competent to be President,” the source revealed.
The 13 cleared aspirants are billed to collect their clearance certificate later today or tomorrow morning.