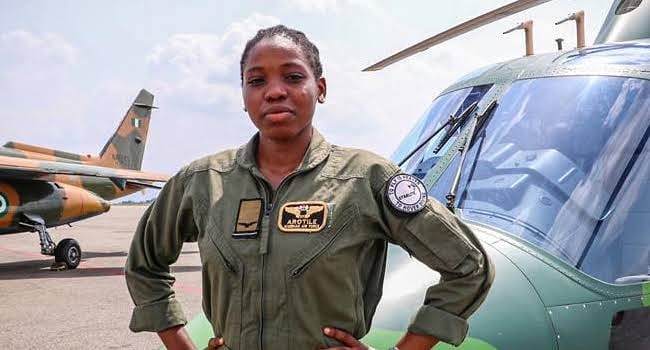 Out of the three suspects charged for the death of flying officer Tolulope Arotile, the Magistrate Court sitting in Kaduna State has discharged two suspects based on police investigation, leaving the first suspect, Nehemiah Adejor, who drove the car that killed Tolulope Arotile.

The Court’s decision was based on the prayer of the prosecution Counsel, DSP Martins D. Leo, who prayed the court to discharge the second and third suspects, as their investigation did not find them wanting.

According to the DSP, there was no premeditation in the death of the Flying Officer Arotile as regards the two and second accused persons who have been discharged. The DSP however said that there is sufficient evidence to prosecute the 1st suspect, Nehemiah Adejor for culpable homicide not punishable with death.

Officer Tolulope Arotile, who was the first female combat pilot was knocked down and killed by a vehicle driven by her secondary mate, Nehemiah Adejor on July 14, 2020.