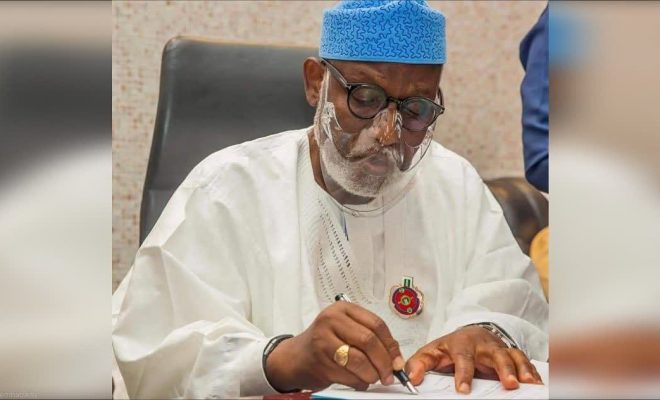 Governor Rotimi Akeredolu S.A.N of Ondo state has signed the state’s Anti-Grazing Bill into law.
This was contained in a statement by the Commissioner for Information and Orientation in Ondo State Donald Ojogo, on Tuesday.
Ojogo said that the move was in line with the resolution of the Southern Governors’ Forum at its last meeting in Lagos, where September 1st was set as the deadline for governors in the region to sign the Anti-Open Grazing Bill into law.
According to him, the law was aimed at stemming needless skirmishes, conflicts, and infractions in Ondo State.
He noted that law was not targeted at any ethnic group but to engender a more cordial, mutually benefiting relationship amongst residents of the state irrespective of ethnicity, religion or creed.
While calling on residents of the state to take ample advantage of this law to enhance their socio-economic well being, Ojogo noted, “compliance shall be given the utmost attention.”