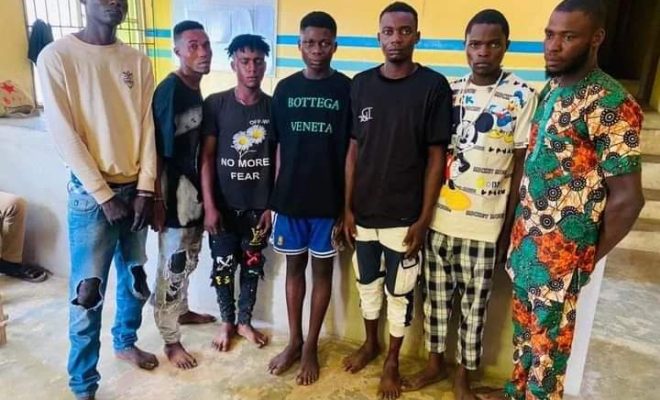 Despite several arrests and the avowed continuous clampdown on suspected cultists by the Ogun State Police Command, an ugly scenario was again created in the state capital on Tuesday, May 24 as two sworn arch cult rivals, ‘Eiye and Aiye’ engaged each other in a supremacy battle.

In the course of the melee that caused pandemonium at the war zone in Ijaye, a distress call was made to the state Commissioner of Police, Lanre Bankole, who dispatched the command’s Special Anti-cultist Squad (SAS) to scene.

Behold, according to a statement issued by the command’s spokesman (PPRO), DSP Abimbola Oyeyemi, on sighting the ACP Bolanle Muritala-led SAS operatives, “some of the hoodlums scampered in different directions, to escape arrest, while some engaged the policemen with dangerous weapons”.

Invariably, seven of the hoodlums were arrested.

The CP has, however, restated that the clampdown on cultists in the state would not be handled with kid’s gloves, saying “it would be a continuous operation, to check their nefarious activities across the state”.