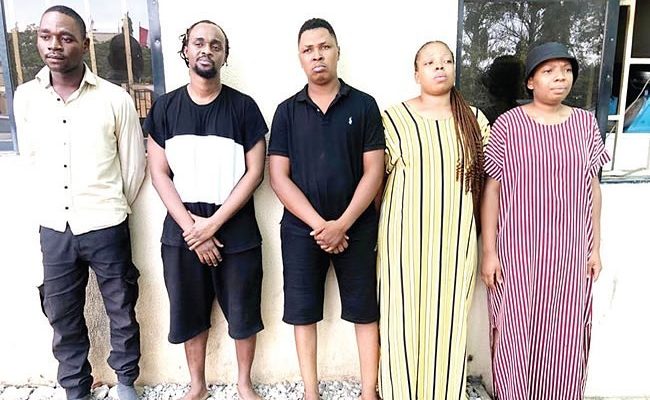 Men of the National Drug Law Enforcement Agency have arrested members of an online drug trafficking cartel that sells drugged cookies, cakes, brownies and other illicit substances to residents of Abuja and beyond.

The statement read in part
“The group specialises in clandestine production of drug-based cookies, brownies and other edibles; markets and sells same online through Twitter and Instagram handles.

“It also markets and sells all types of marijuana, Arizona, Colorado and Loud, among other illicit drugs, online.”

According to the NDLEA spokesman, while one of the Nvenes, a graduate of Business Administration, produces drugged cookies and brownies and sells same on Instagram, Ozoemena sells all types of illicit drugs, especially Loud and skunk, online.

Peter was said to be the manager of SK Express Courier Company, which manages motorcycles and dispatch riders to deliver illicit drugs from Ozoemena and drugged edibles from Queen and Chika, who are sisters.

The statement added, “Members of the cartel operate from different locations within the Federal Capital Territory, but operate as a network.

“Their arrest followed online orders of drug-based edibles by undercover agents. Supplies of brownies and cookies were delivered and received from different SK Express dispatch riders at various times by narcotic operatives before the final sting operation.” 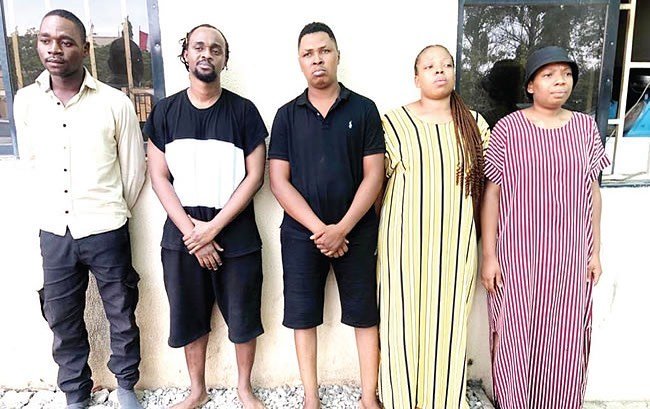