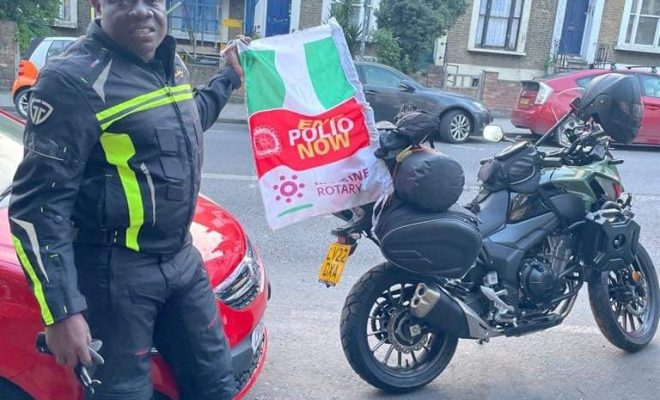 Kunle Adeyanju, a Nigerian tourist, is on a “charity ride” from London to Lagos to support efforts to keep Africa polio-free.

Adeyanju stated in a Twitter thread that the journey, which began on Tuesday from London to Borges in France, is expected to take 25 days.

According to him, the journey would take him through several countries, including Spain, Senegal, Ghana, and Togo.