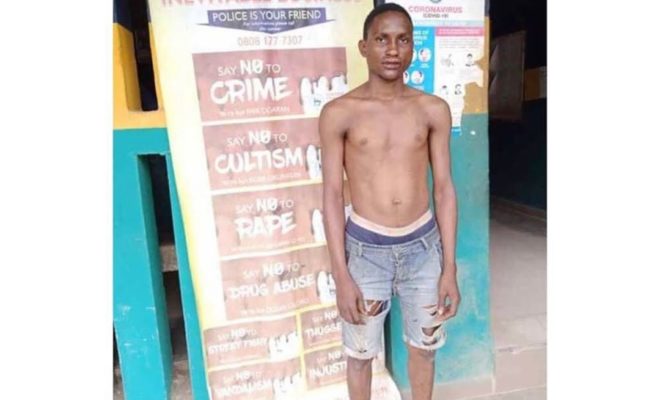 The Ogun State Police Command have arrested a 23-year-old man identified as Badmus Quadri, for allegedly defiling one of his neighbor’s three-year-old daughter.
.
It was gathered that the suspect was arrested on Thursday, June 11,2020, following a complaint by the mother of the victim who reported the shocking incident at Owode Egbado police station.
.
The mother had returned from the market when she saw blood in her daughter’s private part. While interrogating her daughter, the little girl revealed that it was Quadri who took her into his room and had carnal knowledge of her.