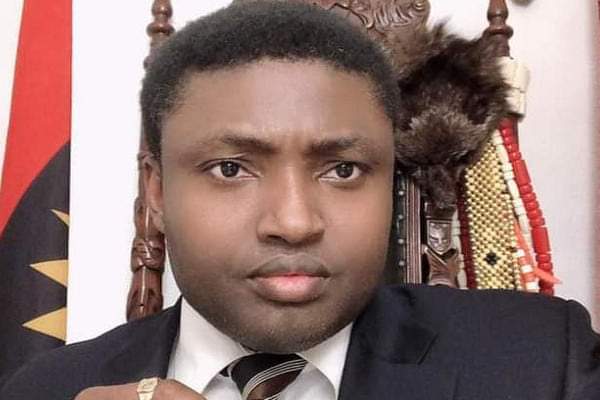 Ekpa in a series of recent tweets maintained that there will be ‘no elections’ in the South-East in 2023.

He wrote; “Peter Obi should tell Biafrans what he know about the killings of Biafrans and dumping their bodies in a river. Biafrans are intact and are not moved. The first mega rallies of any political party in Biafraland will tell you whether Biafrans want election or exit.”

“If you want Freedom from Nigeria, you must follow our format, those who are thinking Peter Obi have anything to offer for Biafra are all ignorant. Peter Obi is the worst Governor of Anambra state. He killed Biafra agitators, dumped their bodies in a river. It was a sacrilege!”

“Apart from the fact that, we can’t exchange our freedom for his ambitions. This generation of agitators will prove to the world that we are resolute, ready and we are more than ready to take blame into the Biafra freedom. Those who stand on our way to freedom will be treated.”

“This particular time will prove to you all that the right people are here to get Biafra & we will take the advantage of this election. In due time, you all will call for no election by yourselves.”

“The Freedom of Biafra will no longer be negotiated, it is too late. Mark my word, in due time you all will join to call for no election. We are not against those collecting PVC.”

“Peter Obi deceiving you into fraudulent election is the worst mistake you can do you, we’ve made mistake in the past, we’ve take many risk in the past, but you see this coming election. We are ready to take any blame to make sure that Biafra people wish for no election is upheld”.

Ekpa, who is based in Finland has been accused of ‘rogue agent’ and has since been disowned by the Indigenous People of Biafra, IPOB